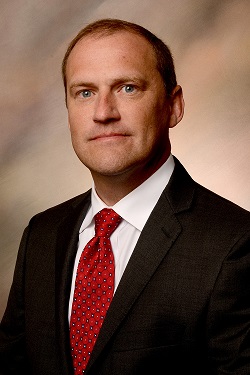 Ray holds both a B.S. (2003) and M.S. (2007) in Biological Engineering from the University of Arkansas. He is a registered Professional Engineer in Arkansas and holds Grade IV water treatment and distribution licenses. He is currently a member of the American Water Works Association and the American Society of Civil Engineers. Ray also serves on the AWWA Water Resources Planning and Management Committee, Beaver Watershed Alliance Technical Advisory Committee, and Northwest Arkansas Regional Planning Commission Technical Advisory Committee. 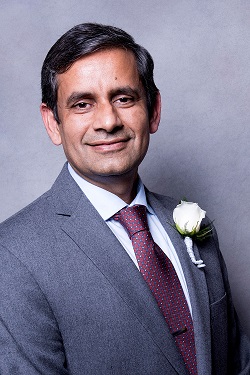 Dr. Indrajeet Chaubey is a Professor and Head of the Department of Earth, Atmospheric, and Planetary Science and Professor of Agricultural and Biological Engineering at Purdue University. Dr. Chaubey obtained his M.S. degree from the Department of Biological and Agricultural Engineering (BAEG), University of Arkansas (1994) and Ph.D. from Oklahoma State University (1997). He served as a faculty member in the BAEG department from 2000 to 2006 during which he established a nationally recognized research and teaching program in the field of nonpoint source pollution, hydrology, and watershed management. He co-led the development of Eucha-Spavinaw Phosphorus Index that was used by the federal court to lift moratorium on poultry litter applications. He was chair of the BAEG Graduate Committee and led revision of the department’s graduate program. During his leadership, the number of graduate students in the department had quadrupled. 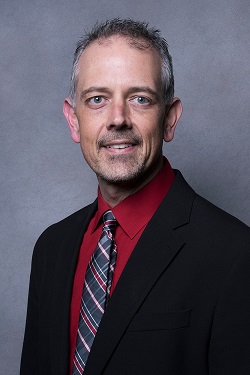 Mr. Anthony Doss received his Bachelor of Science in Biological & Agricultural Engineering from the University of Arkansas in May of 1996. He continued his education at Webster University and received a M.B.A. in December 2010. Mr. Doss began working for Tyson Foods as a Process Engineer in 1995 and is presently the Director of Manufacturing Design.

Anthony Doss has received many honors and awards including most recently the University of Arkansas Dale Bumpers College of Agricultural, Food and Life Sciences’ 2011 Distinguished Young Alumni Award, and College of Engineering’s 2012 Outstanding Young Alumni Award. He is a registered Professional Engineer, and a member of the American Society of Agricultural and Biological Engineers (ASABE), U.S. Poultry and Egg Association, and National Society of Professional Engineers.

Mr. Doss resides in Northwest Arkansas with his wife Rhonda and their two children. He enjoys hunting, fishing, and youth sporting events 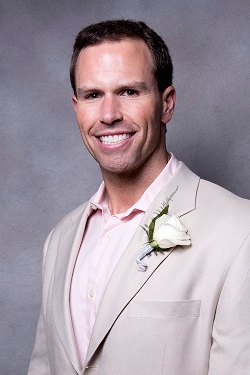 Drake McGruder is a 2006 graduate of the University of Arkansas Department of Biological and Agricultural Engineering with a B.S. degree in Biological Engineering. Upon graduation, he went to work as a Quality Engineer with Baxter Healthcare Corporation in Mountain Home, AR. While at Baxter, he provided engineering support in electron beam sterilization, cellular therapies, and the needles departments through the use of statistical analysis, process optimization, and validation techniques. Drake also assisted in the product development, design, and implementation of the Litmus Rapid-B Bacterial Transport Swab System that allows food processing and medical device manufacturing companies to more rapidly detect pathogens in their processes and products. After leaving Baxter, Drake went to work as a Process Engineer for Georgia-Pacific at its Dixie Consumer Products facility in Fort Smith, AR. While at Georgia-Pacific, Drake was responsible for improving productivity and efficiency in the Dixie plate and cup printing processes as well as reducing paper waste due to printing issues. Currently, Drake is at The Kraft Heinz Company in Fort Smith, where he is the Operational Risk and Commercialization Manager. He is responsible for people/property/food safety and security as well as the environmental areas of the facility. Drake assisted the facility in its sustainability efforts to become Zero Waste to Landfill in 2012. This year, the facility was recognized by the Arkansas Department of Environmental Quality as a finalist for its ENVY Award and was also recognized by Food Processing magazine as its Green Plant of the Year. Through Drake’s leadership, the Fort Smith facility was the only one out of Kraft’s 37 plants to go all of 2014 without a single safety event, with a total incident rate of 0.00. 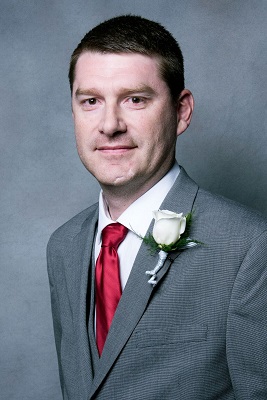 Chris Pixley is a 2002 graduate of the University of Arkansas Department of Biological and Agricultural Engineering with a B.S. degree in Biological Engineering. He is also a 2013 graduate of the University Of Arkansas Department Of Poultry Science with a Ph.D. Upon graduation in 2002 he worked as a Program Technician in UA Division of Agriculture’s JKS Poultry Health Laboratory overseeing the research laboratory activitie. In 2005 Mr. Pixley went to work for Sigrah-Zellet LLC Fayetteville, as the director of Product Development. He developed and maintained production procedures related to lactic acid bacterial fermentation Manage product development and manufacturing of various animal health products. In 2006 he was promoted to Vice President of Production and managed product development and manufacturing. He coordinated product sales and technical support activities. He accomplished the successful completion of the acquisition of Sigrah-Zellet by Pacific Vet Group (PVG) in August 2008. In 2008 Mr. Pixley became the Vice President of Operations for PVG, Inc. Fayetteville, AR. He was responsible for coordination and establishment of local manufacturing capabilities in Buenos Aires-Argentina, Douliu City-Taiwan, Cuernavaca-Mexico and Surabaya-Indonesia, and international and domestic technical support duties through late 2012. He oversaw the design and construction of a 13,000 square foot solid state fermentation facility to produce Bacillus Direct Fed Microbials, and was a key contributor during the rapid growth of Pacific Vet Group (18 fold increase in revenues from 2009 to 2014). He was responsible for creating and implementing the PVG R&D, Quality, and Process Development groups, which consist of a staff of four Ph.D. scientists, a masters level scientist/quality specialist, and two technicians, and overseeing the establishment and equipping of quality control, process development, and R&D laboratories.

Dr. Pixley is responsible for managing and leading the daily operations of PVG, managing the collaborative manufacturing efforts of PVG with four industry partner companies, collaborating with two industry partner companies to develop products that will be sold and marketed by those organizations, leading a project to design, fund, and implement the development of a campus for Pacific Vet Group that will include R&D laboratories, R&D poultry research facilities, process development laboratories, quality control laboratories, manufacturing facilities, warehousing, and administrative facilities (a multiple phase project with an estimated budget of $15-20 million dollars).